When you forgive, you heal. When you let go, you grow. 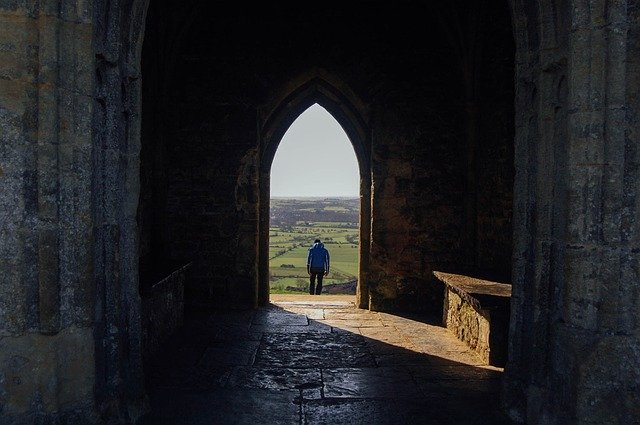 Anger, the fire beneath

Recall the last time you were angry, no matter for what reason, how did you feel? Didn’t you feel the stream of something flowing through you? Like you’ve been lit on fire. It’s not a very pleasing experience, hence we all want to get rid of it. It’s like a wound in our soul, I’ll try to tell you that when you forgive you heal.

I’m quite certain that you want to get rid of the unpleasant experience anger has on you. The fire of anger keeps burning beneath even as time passes if not extinguished. You do let the steam out at the moment, good that if it’s enough to extinguish it or else, you need a remedy, I have one for you.

And let me tell you why?

If you pretend to smile and punish yourself

It’s difficult to live on with fabricated emotions because you can’t.

Fabrication gives rise to stress. Because it’s a pursuit of something unachievable. Your physiology doesn’t support you, it supports your emotion. You trying to reverse it takes forever consuming tremendous energy getting you drained, for nothing.

Suppressed anger results in long-term anger which impacts basic health issues like high blood pressure, heart problems, headaches, skin disorders, and digestive problems. And this in turn could grow into more complexities and unwanted consequences like crime, abuse, and other violent behavior.

Could even lead to mental health problems and mood disorders.

I know, you must’ve not heard of it, yet. Because you don’t live in Korea if you don’t.

A mental disorder as the Koreans say is due to suppressed emotions like anger caused by any event from the past, but the origin of the emotion is often left unaddressed.

It’s a culture-based disorder according to the Diagnostic and Statistical Manual of Mental Disorders which would get some other label if it’s not for South Korea. Or you create a lasting bitterness.

Analyze the mood every time you encounter it. Bitterness keeps growing.

You become a spectacle for a sneaky audience who really enjoy it, never wanting to end it. These are the snakes in disguise. It might be speculation giving rise to more.

Both sides have their version of the story, but it might be an illusion, I know you don’t want to admit it.

Don’t jump to a conclusion yet, I’m not here to prove you wrong, I’m just trying to show you how to peep through your heart to find the fact. It might be very comfortable, but the truth is worth every hardship, you’ll agree on that.

And once you do, you’ll see how when you forgive you heal.

Someone is on the wrong side, or both perhaps.

If it’s you on the faulty side which your anger and fallacy will keep you from recognizing. Then you don’t want to be the one.

And if you’re not, then it’s worth supporting out the one who is, provided the other one is. Often placing the blame itself is a bias and fallacy we’re unaware of.

Either way who initiates to resolve is on the better side no matter whose fault it was.

It often happens to us that we’ll have a very strong reason to forgive, but we overlook it; the intention. Most of the times people in conflict have a common intention at a higher level, it’s what we call chunking up in NLP.

For instance, if it’s a firm and we have two people with diverse opinions on a project then chunking up will get you to a common point where both are doing it for the betterment of the company. We have similar situations in families and relationships.

Is it normal to be angry?

If you’re angry, I understand you must’ve come across something undesirable or distasteful. It’s natural to be angry, everyone gets angry, it would be abnormal if anyone doesn’t. If you get angry, congratulations, you’re normal.

But why are you still angry? Is the sustenance of anger normal?

Come on, give it a second thought, is it even worth it?

Whose fault is it by the way? Think about it, even if you have the most genuine reason to be angry back then, what good is it doing to you right now?

If it is otherwise which I predominantly suppose, it is, doing you harm. Why punish you for an instance which according to you isn’t your fault?

Ask yourself, what’s the motive for your anger?

If you’re thinking of revenge, hold on a moment.

Let me tell you this.

If you’re after making things even then it might give you a sense of pleasure, seeing your subject suffer, but will it appease you?

Your subject might have angered you in a different context, most probably have a reason, his side of the story. It might have been the best he could do at that moment. Maybe he never intended to hurt you. Maybe he thought it was most suitable for you this way, as occurs in the case of parents.

And with the likelihood of more such probabilities, even if it isn’t any of it, are you happy being someone who enjoys catching a glimpse of someone in misery?

Even if you consider him your enemy. Exceptional cases apart, we’re not speaking of criminals and war situations, it’s a different psychological situation altogether.

Don’t you want to be better than that?

We all make mistakes, you too must’ve angered someone knowingly or unknowingly at times. What if that person offers you unconditional forgiveness? How will that make you feel about that person?

Will something like this not dilute your negative sentiments? Will, it does not cause you happiness? Why not you be the reason for someone’s happiness then?

Anger is a burden on your shoulders, that keeps pressing you, pressurizing you. You can feel it if you’re angry still, can’t you?

Anger is worth getting rid of.

Don’t you want to relieve yourself?

Alright, you’re convinced it’s not benefiting you and you’re being affected, you had enough of negative impact on your mental well-being. So what now?

I have a reason to say that when you forgive you heal.

How do overcome it?

Getting the person to confess the mistake and repent is an unrealistic wish. You’ll have to live with the growing sense of anger seeing your desire going unfulfilled. Pity yourself now.

For the simple reason that you can’t control anyone else. The thought, belief, and prescription are purely subjective.

Here’s how to deal with someone who constantly criticizes you.

Forgiveness does not change the past, but it does enlarge the future.

Forgiving is the easiest thing to do unless you don’t understand why and what it gives of course.

But, Just to make things clear, it certainly isn’t the weakest option.

I’m not talking about the self-illusion that ” I’ve forgiven him or her ” and deep inside it’s like you can’t do anything about it so let’s portray mercy. The grudge subsides.

I am talking about forgiveness, a genuine one. Forgiveness, while you can still do harm, is very valuable and respectable, but it still is precious otherwise, no matter what.

It takes a strong person to say sorry, and an even stronger person to forgive.

Peace of mind is priceless

You do everything for happiness and comfort. People take huge risks to achieve what they want.

But what is it that you actually want? Things or happiness? You buy things to feel happy but over time that happiness fades.

Happiness is just a chemical making you feel good, it’s all in your brain. And if you find a way to please your mind then you won’t have to struggle to try to be happy.

Forgiveness elevates you to a nobler you. It just extinguishes the fire instantaneously, no matter how big, how old. That’s how to peek forgiveness is. It’s worth every challenge that’s lingering in your mind right now.

And that’s how when you forgive you heal.

As I said, it isn’t the weakest option, it isn’t for the weak-hearted. It takes courage and a strong spiritual strength to do it.

When you forgive, you heal. When you let go, you grow.

Top 10 Quotes on the power of forgiveness

Forgiveness is the best revenge

One of the most courageous decisions you’ll ever make is to finally let go of what is hurting your heart and soul.

Throughout life people will make you mad, disrespect you and treat you bad. Let God deal with the things they do, cause hate in your heart will consume you too.

Certainly people make mistakes in their life. I’m no different, I’ve made mistakes. When people mess up, forgive them. When I mess up, I ask for forgiveness.

The weak can never forgive. Forgiveness is the attribute of the strong

There is no peace without forgiveness.

How to forgive someone who hurt you?

It does take courage to do so, you’ll get some when you know what you’ll get for it.

Forgiveness gets you rid of the negative emotions resulted from suppressed anger.

Can you forgive someone and still be hurt?

In that case, I would recommend you dive deeper within yourself to think about your motive for forgiveness. It has to be unconditional and selfless.