How to deal with someone who constantly criticizes you, and you don’t like it. 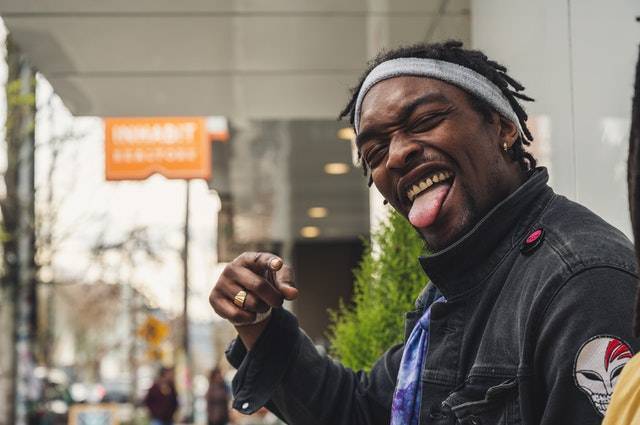 We, humans, are social beings, very social. And the credibility of society is being praised, the more you have it the more worthy you become.

One of the ways how we acknowledge someone is by praising them. And in that sense, criticism is negative currency, if at all it exists. Hence, it is very important for us to know how to deal with someone who constantly criticizes you as part of your personal development.

But before we proceed,

The two types of criticisms

Know that there are two types of criticism, productive criticism and the blame game. Say, one comes from those who are your well-wishers and the other one from almost the haters.

Let me make it simpler for you,

It’s a matter of why is someone criticizing you? If you try to find the intention then it becomes a lot simpler.

Read between the lines, and know that in an attempt to figure out how to Deal With Someone who Constantly Criticizes you, don’t lose a well-wisher.

Try to find the purpose of why were you criticized? If the person wishes the betterment for you then it’s indeed a favor done on you.

Otherwise, it hurts, even if the criticism is based on our truth.

Criticism, though almost always beneficial if true, but we humans being the emotionally overwhelmed beings we are, tend to give importance to how it is said.

How to deal with someone who constantly criticizes you?

But since we’re talking about constant criticism, let me tell you one thing,

It’s very annoying, and I know that.

I mean one can bear once, twice, or even thrice at the peak of tolerance. But anything beyond that could lead to undesirable consequences.

1. Should you take it personally?

I understand that the verbal attack is directed to you. It might sound too vivid to overlook. But that’s when you overlook the personality of the person who is criticizing you.

Here’s what I mean,

If a person is prone to criticism and enjoys it or is used to it, knowingly or unknowingly then it’s that person’s problem. It’s not your problem.

If any such person criticizes ten other people in a day, and most of them if not all take it negatively then how much negativity is he or she spreading?

Now, who’s behind all this?

Are all ten people responsible for this? Certainly not, and neither are you being one among those ten or many more.

It isn’t about you, it’s about the person who just can’t stay but criticize.

And tell you what, that person deserves your sympathy.

Keep in mind though,

I’m not talking about positive criticism here. You know what I’m saying.

2. Some people just don’t know how to say what to say.

Not everyone has the mastery of communication, or even the basics sometimes. It’s unfortunate though, but let’s face the truth.

People often misinterpret communication by words being said. Words are a very important part but it isn’t all.

Most of the communication isn’t words.

Some people just have that imbalance of emotions that it becomes difficult for us on the receiving end.

Don’t focus on the negativity portrayed, it’s not your problem. Haven’t we discussed that already?

Focus on the content, that’s what is your concern, if it may be helpful.

Don’t focus on how they say it, focus on what they’ve said.


If you want to be a good communicator, you must know what to say, when to say, and most importantly, how to say.

Think of how much you’d hate it if someone says that you should’ve done better than this. I would too.

But, have you ever thought this.

What if the person who said to you that you were not good enough had the same experience or feedback which pushed that person to be a better version of self. And this event made that person think that it could help you in being a better you too.

Do you have a reason to hate that person? I mean why would one hate a well-wisher. Good things often come riding on harsh conditions. We just need to know how to withstand what it takes to reach that goodness.

Next time if your boss scolds you, know that he’s helping to enhance you. If you feel that you get all the difficulties, then you must be capable enough to face them, that’s why you’re chosen to face them.

We need to understand the perspective, it’s not always what we think it is. You hate if someone honks behind your car fanatically, but not when you know that it’s carrying a critical patient on the verge of death. That’s perception, watch what you’re thinking if you want to know how to Deal With Someone who Constantly Criticizes you.

4. Be Mindful about it

Speaking of watching what you think, as we did in the previous point, you can do it if you’re mindful. Don’t afford to flow by emotions. Our brain shows us what it comprehends, not what’s the fact.

You don’t want to be in an illusion, do you? Nobody does. Not even if it originates from our brain. Our brain can’t help but create a narration based on its previous experiences and the limited information which it managed to gather.

Believe me or not,

It only manages to get a fraction of the momentary information around you. Think about it, you don’t and you can’t see, hear, smell, and feel everything that’s around you. And trust me, you don’t want to either. We just need to focus on what’s important to us, isn’t it a gift?

Considering this, we must give it a second thought that we might have missed some details.

This will help you,

If you are facing criticism by someone and if it angers you then think why are you angry exactly? Be mindful, peep into your mind, know the emotions. Watch the scenario from a third person’s perspective.

5. Everything does not deserve your attention.

Like I said earlier, you have a gift of focus that lets you concentrate on things that deserve your attention. Your brain is like an absorbent sponge, it sucks in all that you focus on. These inputs formulate your thoughts which in turn trigger your emotions.

If you want to experience good and positive emotions, if you want to stay happy then get control of your emotions. Set your filters right, know what enters your brain, and whatnot. It’s not a garbage bin, keep it out of rubbish.

If you control what goes in, then you can control your emotions. If someone is forcing you to gulp in those negative feedback, you can still reframe it and tell your brain why it’s helpful for you still.

If you practice what we’ve discussed till now then I’m sure you will be able to convince yourself not to be angry.

This will shut down criticism for good,

If you manage to respond in a polite positive way, the most unexpected response then you’ll get the other person down to knees.

Especially if the person criticizing you knows what he or she is doing then he must be expecting a reactive behavior in return. And your smile will make him repent his behavior and even if he does criticize you in the future, it will be less criticism and more positive feedback. To which we don’t have any objection of course.

And remember that when you forgive, you heal.

7. Know whom to give the opportunity of feedback

It’s not that we give it willingly sometimes, but don’t ask for feedback if you have a choice. You must know whom to approach, and it’s certainly not the one who is more concerned about criticizing than rectifying you.

8. Be grateful, it takes a hell lot of courage though.

Think of it this way,

We all want perfection, or we want to be better. You too want to be so, that’s why you are here, aren’t you? Now, what is betterment if I ask you? Isn’t personal development or betterment of the personality rectification of your flaws?

It sure is, but how do you rectify them?

Obviously, in order to rectify something, we need to know what’s wrong or precisely what area or aspect do we need to work on for the betterment. We needed teachers in our school days to correct our projects and notes. We still need someone to correct things for us.

Though sometimes, this correction is harsh way. As is in the case of criticism which we don’t like often.

Now what’s important for you is this,

No matter what’s the intention of the person who criticizes you constantly, if it’s something you can benefit from, you should welcome it. Let me tell you that it takes a lot of courage to do so, but I’m sure that you want to be called brave.

9. You don’t have to please everyone

Good people are good not only because people say that they are, but they really are. Though it’s good to have additional from people but that’s not the ultimate criteria of judgement.

People are often found to be selfish, they judge on the basis of what benefit they’ve achieved from you. But every favour isn’t always good, it can’t be.

Somethings and some requests need denial, for the good.

You’ll always have people who won’t approve of your goodness.

And you know what?

If everyone praised a person, chances are he’s cunning, rather than good. Because his can an honest person please every request? Especially those which contradict ethics, principles, values and Morales.