How to stop being too nice 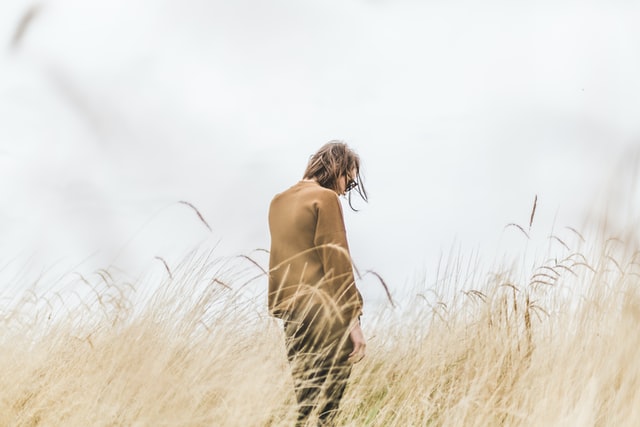 You should be good if you’re not. In fact you should be too nice too, but the circumstance we’re referring here is being vulnerable. Hence for those whose goodness leads others to exploit them need to know how to stop being too nice.

Yes, in a sense being so nice that the not-so-nice ones try to ooze out too much niceness from you. And you doing favors to such people might even end you up on a losing side.

Though being nice is a win-win situation but being too nice certainly isn’t, unless of course if it’s done to a too nice person. Sorry for being monotonous.

For instance, it’s not appreciable if goodness isn’t reciprocated, rather exploited. Being relentlessly pleasant invites people to intervene in your personal territory and belongings. And you being, helpless in the hands of your virtue, keep yourself from doing anything but a smile. The smile, behind which you may even have to bury your regret which is inexpressible because you’re too good for that.

The limit of goodness

Just to make sure that I don’t promote selfishness, I want to emphasize on the goodness of being nice. You know why people help others? Because it gives them fulfillment.

And fulfillment is greater than happiness, in fact I’ve even felt fulfillment in sadness and the other way around.

Manipulators have a sweeter approach than the help seekers, a fabricated one though. The trick is to differentiate one from another.

Or could also be over-reactive and exaggerating. They sort of try to emotionally blackmail you very covertly without you even noticing it.

People invade you right under your nose, being too nice is an invitation for such exploiters. And trust me there are a lot of them out there.

How to avoid being too good.

Being good is great, it could be being generous, being helpful, being compassionate, empathetic, cooperative and supportive etc.

But, being good isn’t about being susceptible. Or may I say, be selective as to whom to share your goodness with. Make your pick based on the best analysis you can come up with if the intentions of the person you’re dealing with.

People with genuine need and necessity are the ones deserving it from you. The problem lies in an effort to manipulate the goodness in you. Now that’s not something we’ll oblige to.

Clearly speaking, that’s where my goodness shall cease to exist for that person. Because at this point I’ve to be good to myself. How? By not letting myself being exploited.

You’ll agree with me in this one, being good, doing goodness, kindness, favours and help shall give us a sense of fulfillment, not remorse.

The first psychological impact of being too nice or giving your affirmation in other words is the fact that creates a Benjamin effect. Now, what is this Benjamin effect one may ask, let me tell you the story,

Benjamin Franklin had some who did not admire him much, an opposer of him into a friend. Benjamin asked him a favor, to lend him a book to which he obliged, and that’s it he started liking him.

Why? because once he did a favor he had to convince himself that he can’t help some he doesn’t agree with. So he became in agreement with him. Simple aye, yet complicated if you’re playing Benjamin’s foe turned friend.

Self-actualization comes from kindness, rather than niceness.

Being kind gives us a dose of self-actualization, something beyond happiness. You don’t have to be a people pleaser to be kind. There’s a fine line that differentiates being kind and being unconditionally nice. I emphasize that the condition shouldn’t involve a selfish motive, but that’s unless it affects self-respect or reputation.

Sacrifice is appreciable, until the outcome is noble, even if you lose something, you should get a sense of satisfaction, or the self-actualization we’re talking about. A sacrifice that might make you proud of yourself.

In simple words, we’ll gladly lend our hands but not our necks. It could be unpleasant to be kind sometimes, at least momentarily. Being nice on the other has more emphasis on momentary emotions, which may not last long. Being kind is also more important than being pleasant for a long and honest relationship.

“Too much kindness can make you start to feel overwhelmed and resentment”.

This is how you can stop being too nice

Saying a word of apology is a better option

You’d still be nice if you render an apology instead of a rude rejection to being exploited, or being nice vandalizing your identity. Saying sorry to someone is better than being sorry yourself.

Have a higher level of self-respect

Having self-respect should have a set of personal principles and priorities which are never to be compromised with. No matter what.

Be there for yourself

Stand for your dignity and prestige when it demands. Just make sure that it’s not your pride driving you.

And know that you have the right to oppose anyone until you’re on the right side, to reject anything which you don’t feel right. Don’t be a doormat.