Speaking of Communication verbally and nonverbally, the area of interest and importance is the face. And in the face, the undisputed center of attraction and attention is the eyes, no matter it’s nonverbal communication or verbal.

A lot can be conveyed without uttering a word. And sometimes it’s unsaid but perceived by peeping into these windows to the soul. You get to see a lot more than what words can say. Eyes seldom deceive, unlike words if you know what to look for, of course. They reveal the pain behind the fabricated smile and happiness behind the hypocritic sorrowful words. They reveal the anger before it bursts out verbally and the fear when it begins.

“An eye can threaten like a loaded and leveled gun; or can insult like hissing and kicking; or in its altered mood, by beams of kindness, make the heart dance with joy.”

But these eyes are not only the receptors when we speak of non-verbal communication, but they are also an active mode. They also convey the message, a very strong one.

Approval and denial both can be communicated nonverbally by the eyes. Eyes show affection and hatred, approval at something, direct, restrict, attract, call, apologize, complain, postpone and many more such actions could be conveyed by just eyes. The perfect example of nonverbal communication.

You cannot master communication verbally and nonverbally if you can’t make effective use of eyes. And that’s what makes eyes the most important of all the types of nonverbal communication modes.

The first place where you see the confidence is in the eyes. That’s why eyes and the way you use them leave a great impact on your personality. And if you’re into personality development, don’t ignore how your eyes perform.

There are 43 muscles in our face. Wonder why do we need muscles on the face? Yes, of course, we need them for chewing.

Four muscles are required for the process of mastication. But guess what, it takes a lot of muscles to smile and frown, the exact number is still debatable, isn’t that amazing?

Researchers at Ohio State University have found that humans can make 21 different facial expressions, quite versatile, isn’t it? Why has nature bestowed us with these super complex apparatus? This also explains the nonverbal communication percentage had to be more than verbal communication.

Imagine someone verbally expressing happiness with a sad face. It doesn’t work for us, if someone says that I’m sad with a smile, you’ll take the face for granted, not the words. Saying this, I think that makes things clear as to what percentage of communication is non-verbal, yet speaking of the face alone.

Moreover, despite having around 6500 spoken languages around the world, these facial expressions being very intrinsic to us remains universal. In fact, even animals have some of these expressions.

Uses of emojis in a message are sort of an effort to replicate the emotional effect a facial expression has nonverbally.

Won’t you appreciate a warm handshake with a welcome? It wouldn’t be warm enough without that. How about a hug? Very warm? For the very special people in our lives, of course. Imagine the huge difference it makes, communication is tasteless without gestures.

Gestures amplify the effect of communication, they deliver the message more effectively. Mute a movie scene and try to sort out what’s being communicated. That tells what’s the percentage of nonverbal communication that’s happening.

We experience it every day, every time we’re conversing. But most often we just overlook it, though subconsciously our brain is hugely reliant on these nonverbal cues.

Why do you nod sideways when you say no? Try saying no without the head gesture, that would be so prosaic.

Sometimes communication goes beyond the need to wave and nod, just a pose also conveys a lot often.

Talking to someone with drooled shoulders despite him not making any gesture tells a lot of what is unsaid.

Facing someone shows interest while facing away shows disinterest. Posture tells the attentiveness, focus level, and interest level in someone or something.

Not only hands, but the whole body gives gestures. You don’t always do it intentionally though, unless you intend to, sometimes. Features are often intentional but the subtle signals of your body aren’t always.

The way how you fidget, rub or touch your neck, nose, mouth, hands, or even other parts of the body reveals the inner situation. The movement of your feet might indicate the person you’re interested in. The person you look at while you smile or laugh might reveal the person you’re fond of most.

Communication is complicated, imagine the extent to which it is so as even the distance and space is also an example of nonverbal communication and a factor in it.

You see two people conversing and can you not guess the type of conversation by merely looking at the distance with which they both are standing apart? Of course, you can.

Hall (1959) distinguishes according to the distance between people’s intimate, personal, social, and public zones. But it isn’t always about horizontal distance, it could also be vertical. A judge in the court sitting at a higher chair, an interviewer also preferring similar discrimination in seating position conveys something. So proximity is also an example of nonverbal communication.

Yes, I do know that humor is verbal, but I’m talking about small humorous gestures. It’s like gesture plus humor.

Just make sure that you’re using this one only with your friends and family. Or be very selective in using it in formal situations, using the ones which don’t involve physical touch.

We all know the effect of a gentle touch during a conversation. We begin to sense and get soothed by a touch right from our prenatal life. Doctors and psychologists believe that touch plays a central role in the development of humans.

In Bonding with your Infant: the Power of Touch, Caryn B. Goode explores the bond between a mother and baby that develops even before birth. When women intuitively massage their belly during pregnancy, they are communicating with their baby and sending a message of love and comfort.

These are generally the types of touches we use regularly in nonverbal communication.

Yes, you saw it right, I meant silence. What impression do you get when you don’t get a response to a question from someone, it might be intentional, and it gives a message.

Sometimes silence is denial, sometimes approval, a way of expressing anger. You even sit with some very special people in life not saying a word, silence all being said. Hence done such silences are very touchy.

Graphs, charts, illustrations, symbols, drawings, animations, and videos are all modes of visual communication. The medium used here is the imagery, symbol, and videos.

I’m talking of sign language. Those of us who are unable to communicate vocally have a language of our own. Using visual-manual modality to convey a message and has its grammar and lexicon.

There are around 300 sign languages around the world. And you can expect an evolution of a new one every time a few deaf individuals are made to stay together.
Different countries have different sign languages just like we have verbal ones.

How much percentage of communication is nonverbal?

You might have come across the 7% rule based on the studies conducted by Professor Albert Mehrabian and colleagues at the University of California, Los Angeles (UCLA) in the 1960s.

The conclusion generally derived is that a whopping big chunk of 55% of the communication is through body language, a respectable 38% through the tone and rhythm of voice a feeble 7% is through actual words used.

Before we jump to the conclusion, it may differ for the situation and type of communication of course, which is often ignored. And there are who deny these figures a myth, so do I.

I mean I do accept the importance of nonverbal communication, it’s undeniable but I just don’t want to stick to a number. I believe in more versatility, which we humans have in abundance.

And also that the example of nonverbal communication is innumerable. The beauty of paralinguistic is that it is almost universal, except for some cultural differences. 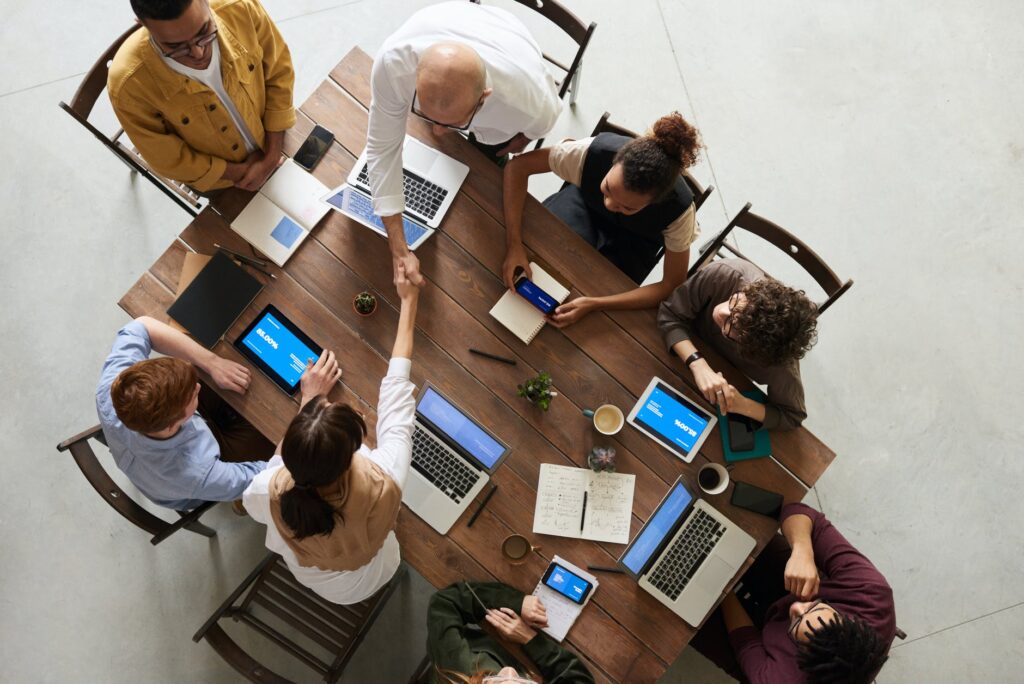 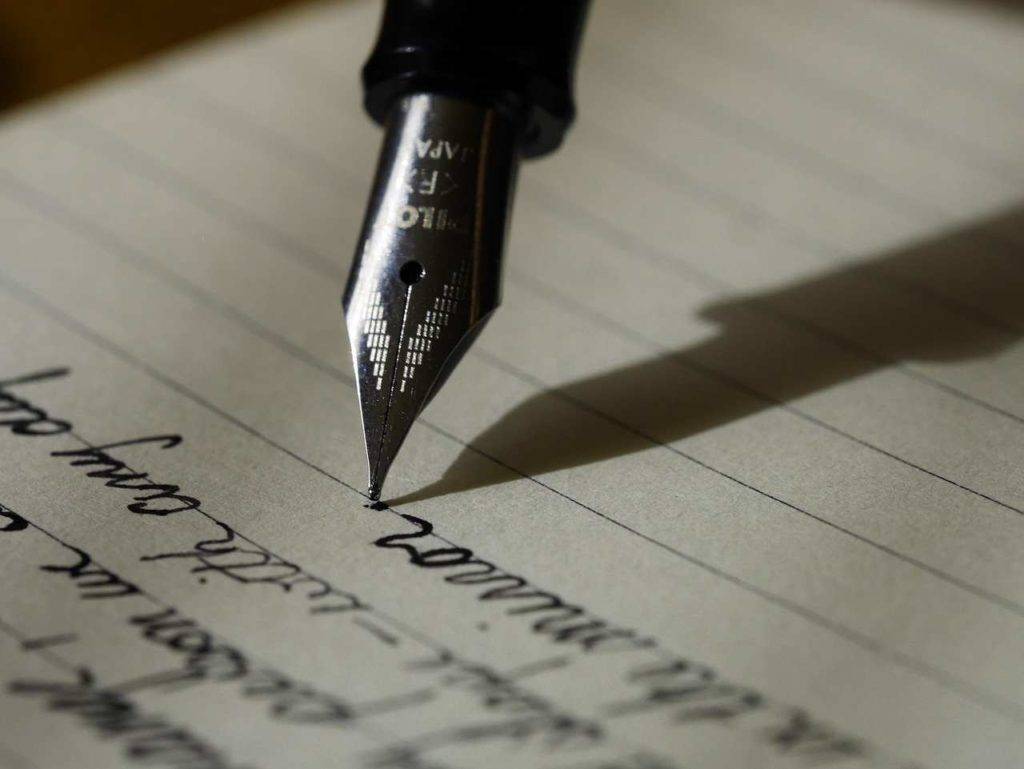 Everything about the Types Of Communication 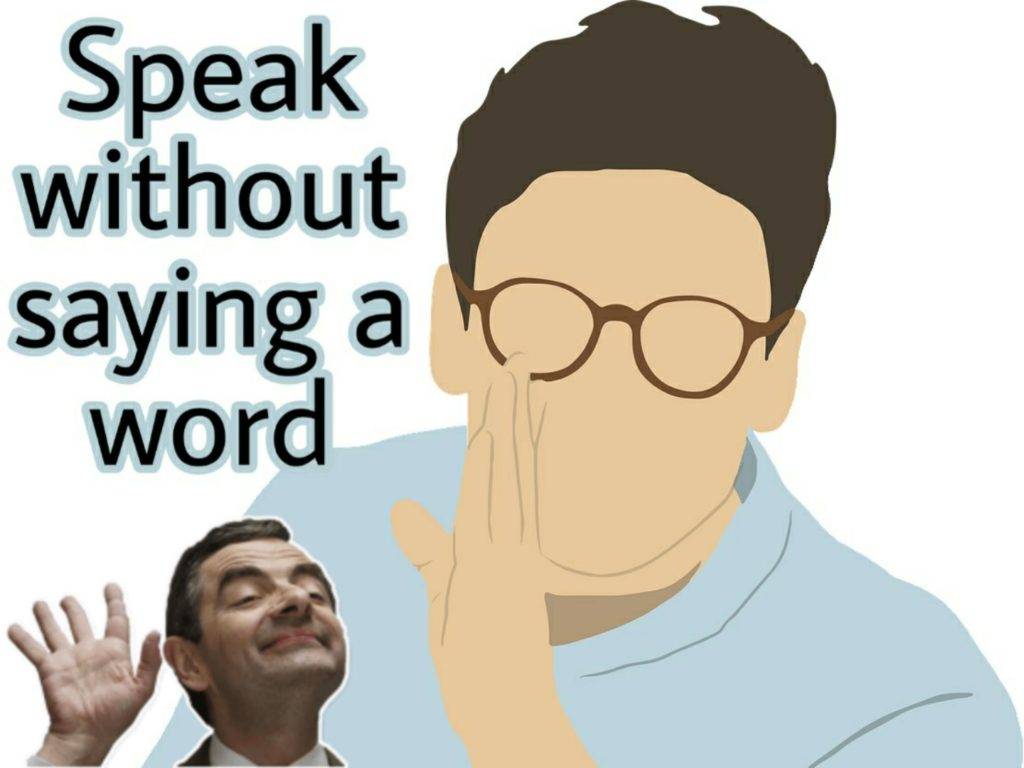