What is Inferiority Complex 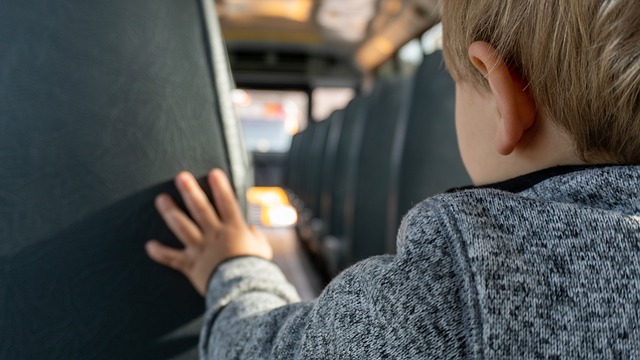 What is Inferiority Complex if one asks, then it’s a sense of inadequacy, doubt and not being up to the mark about one’s own self. In a nutshell, it’s considering one’s own self as not as good, as beautiful or as smart as others, or it could be any other factor of comparison.

Inferiority complex leaves huge damage to the self-confidence of an individual hence should be avoided by all means.

The term “inferiority complex” was coined in the 1920s by French psychologist Alfred Adler.

If we were to ask Adler “What is Inferiority Complex” then according to him, all humans experience feelings of inferiority as children and spend the rest of their lives trying to compensate for those feelings.

It means if you have an inferiority complex which according to Adle we all have, in childhood at least, then you’d want to show the world your worth. It’s like striving to change your perception of yourself that you are better than what you think you are and the world should know that.

However, it isn’t just the childhood experiences that result in an inferiority complex though. There are other factors involved too.

Often times it might so happen that the belief lies within a person and outside isn’t as perceived by that person, hence the inferiority complex for such a person will be his own creation.

Effect of inferiority complex in life

For some, this becomes the driving force to achieve things and compensate what they think or assume that the world thinks about them. And it even works for most, but not all.

As some get crippled by the exaggerated sense of inadequacy and it becomes their belief. They believe that they are inadequate to perform. Least could be expected from them as they do so for themselves, they need counseling to get out of that trap. And that’s what is an inferiority complex.

Adler also believed that an exaggerated effort to compensate for the feeling of inferiority complex could also lead to the exact opposite feeling of overconfidence.

One of the major causes of an inferiority complex is to set one’s own physical appearance as not up to the standards of what is found around. Everyone seems to be more attractive and beautiful to the person, all but himself.

It could be any of the following physical aspects which worry them or it could even be any other unlisted one.

If you’re not quite satisfied with any of your physiques in comparison with others then this certainly will lead to an inferiority complex. You could start a routine and lead a healthy life eating healthy food, but even if you don’t, let it not be a reason to feel inferior.

It should, in fact, motivate you, remember.

Somethings are not left on our choice, may it be because of an unfortunate incident or even without that. Some are differently-abled, and that is something that cannot be changed.

But if it leads to an inferiority complex then we would certainly want to change that feeling, wouldn’t we? But if it is linked that to what you call is a disability, which is unalterable, then so would be the feeling.

Let me tell you there are people who are in this position and have achieved more than what a person without that particular situation would.

It’s an ability to motivate you to do better with maybe lesser resources or use whatever you have more efficiently. Which sometimes surpasses what those who have it can.

These companies have made us obsessed with beauty beyond human normality. In fact, the very perception of beauty has been fabricated. What’s portrayed isn’t beauty most of the time, it’s just a perception which if created generates revenue for that particular company.

I’m not against advertising, what I object is the wrong perception and fabrication of realities, may it be using photoshop or even an individual who fits into the criteria but is hard to find.

This oftentimes creates a sense of inferiority complex psychology among especially the young ones who then strive to be the unrealistic appearance created artificially.

A relevant one to the previous one, a company might make you insecure about the color of your skin. They’ll tell you that you need to change it for which you should buy their product. This creates a permanent psychological impression of the inferiority complex because your color is permanent.

Nor the society set the norms of what color is superior so that those who don’t have it are graded as inferior. Imagine a child being born with a narrative that you are already an inferior being before he gets a chance to prove himself. That would be unfair.

Sometimes even the nonapparent ones

Sometimes inferiority complex might even arise from nonapparent traits. And there’s no apparent reason to be inferior, it may be anything like a mole or a body hair which oftentimes or perhaps all the time is concealed.

Past events which create an inferiority complex

Past events that created an impression of inadequacy and worthlessness leads to the feeling of what is an inferiority complex. Events could be childhood events where elders show the child his weakness in a way or the other. Or it also could be that the child perceives it like that, taking his childhood itself as an inadequacy as said by Adler.

We all love to hear our names and praises. And we hate when people call us with names which we don’t like and make fun of us verbally or sometimes even physically. When you find yourself helpless unable to help you in such situations then this could cause an inferiority complex.

Being from a lower class or sect of society

Society sets standards for certain sects, castes, races or families. And considering one set of people inferior to others might lead to both superiority complex and inferiority complex in the respective sects.

If you find yourself comparatively weaker to others in any sense then this might develop a feeling of what is an inferiority complex. Weaknesses could be diverse, as:

Not being as skillful as the people around you might cause you the inferiority complex. It also happens that you might be better in lots of other things but particularly on the skill being focused could do the damage.

For example, a very good doctor could feel inferior in the presence of lots of engineers when they discuss their thing. Though the same could happen for any of those engineers if the situation is reversed.

Your physical weakness could also lead to an inferiority complex especially when you are around those who are stronger. Being mocked or even the mention of the weakness in such situations could act as a catalyst.

Also to make a note that every individual is different and unique. Which is why every type of person will get effected to the above situations differently. Some are more immune and some are very vulnerable. It depends on the personality of that person.

It’s the belief that their difference is inferior

Ultimately, it’s not that everyone who falls in any of the above-mentioned scenarios is going to be a victim of the inferiority complex. Because it’s about how they perceive it as it’s about their belief.

If you believe your difference as a weakness or a set back then you’re going to fall in the trap. Otherwise, nobody in the world can make you feel inferior, no matter what. It’s hence important to have positive thought and a growth mindset.